In the midst of all the working and hiking and mountain weekends, I seem to have neglected to post about all the fun little things that have been going on here over the past month. Here’s a recap:

John, my co-teacher, returned to the States, leaving my life devoid of all meaning and humor. Upon his return he had this to say: “America is so weird. I have everything at my fingertips. Life is easy. Nothing is an adventure. I hate it.”

For John’s last weekend, a bunch of us went to Cusco for a night of dancing and to watch the Cusco-Lima soccer game. Apparently soccer games in Peru are more dangerous than prison riots, and you aren’t allowed to bring anything into the stadium that could possibly be used as a weapon, including plastic water bottles and your own belt. Additionally, the entire stadium is stocked with enough military police to invade La Paz. 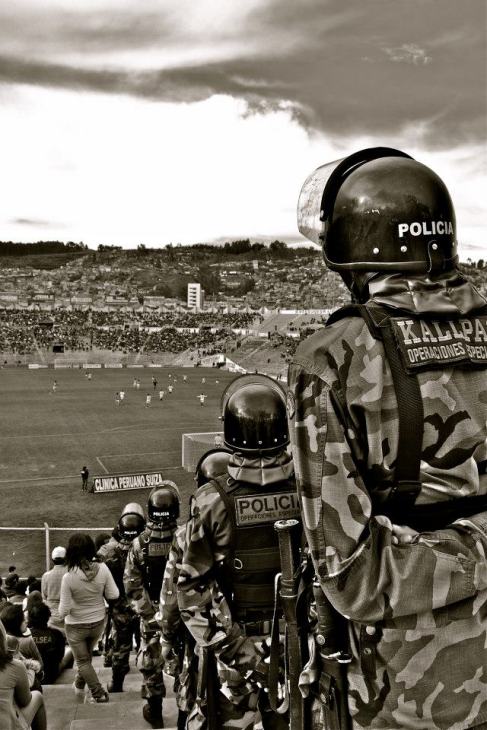 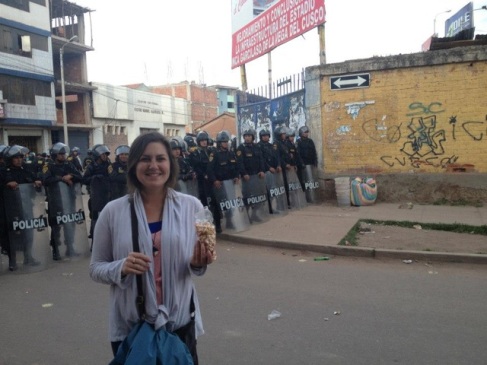 The game ended in a tie, so we didn’t get to see any such riots, but we did end up on the local news, when a cameraman asked us to blow kisses to all the players.

For John’s despedida (farewell party), we had everyone over at Casa Wasi House to drink whiskey, eat cheese fries, and sing pirate songs (Alex was in a pirate-themed a cappella group in college, so this was our natural choice of entertainment). Three kilos of potatoes, half a kilo of cheese, and many bottles of whiskey later, this is how we ended up…. 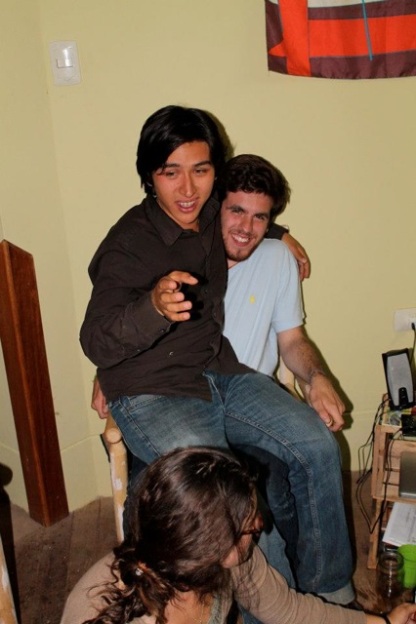 Sadly I had to move out of Casa Wasi House a few weeks ago, since Alex and Mieka’s third roommate returned from the States, but now I’m living in a hostel/guest house with Lindsey, Awamaki’s marketing coordinator. It’s a little far from the center of town, but it’s right on the Patacancha river, we have a huge kitchen, our own private bathrooms, each with a gas shower, and HOT WATER COMES OUT OF THE SINK. (In Peru this is tantamount to having heated floors and golden faucets.)

My many attempts to tame Jack and make him my BFF have failed miserably (mostly through food bribery), but he’s still the coolest dog in the world.

8-hour long blackouts are still a regular occurrence. Somehow, though, the power always seems to come back on just in time for me to teach computer class…

I learned to knit! And I don’t suck at it!

One of my English students, Giovana, took me to her farm one day, where I saw the most beautifully majestic turkey I have ever seen…. 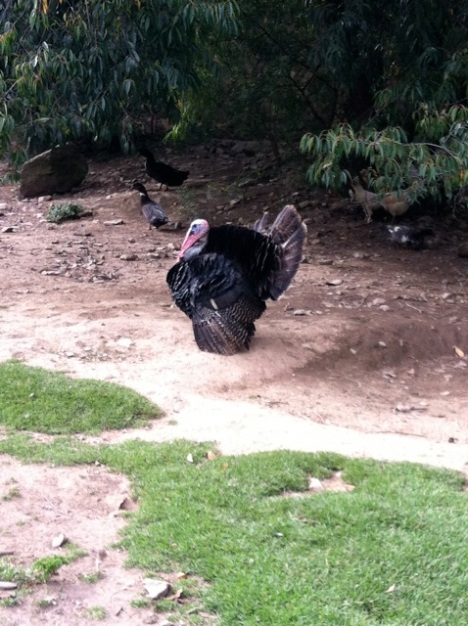 Also I chased some geese around…

And saw some beautiful multi-colored corn! 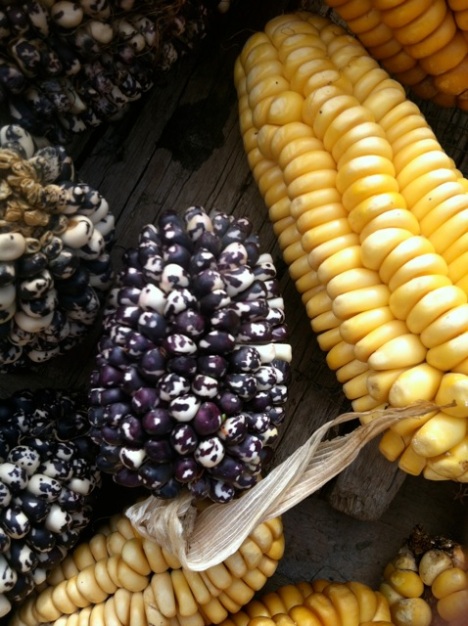 And then Giovana made me a beautiful pie for my birthday!

Other than that, it’s pretty much business as usual. Joey and Rosie spend their days felting in the sun (aka making felt out of sheep and alpaca fibers and turning it into adorable baby booties)… 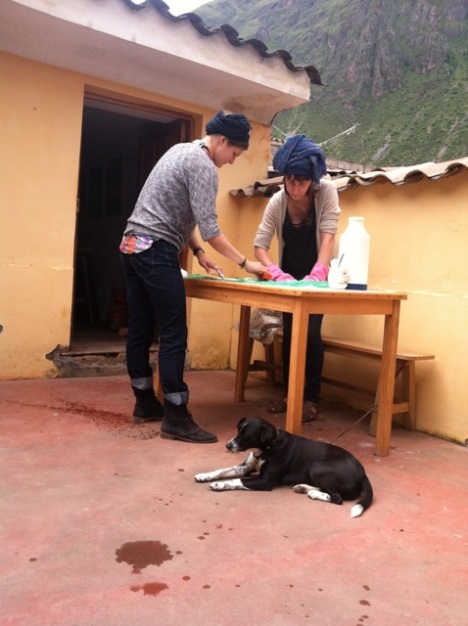 A sheep and a dog have become friends… 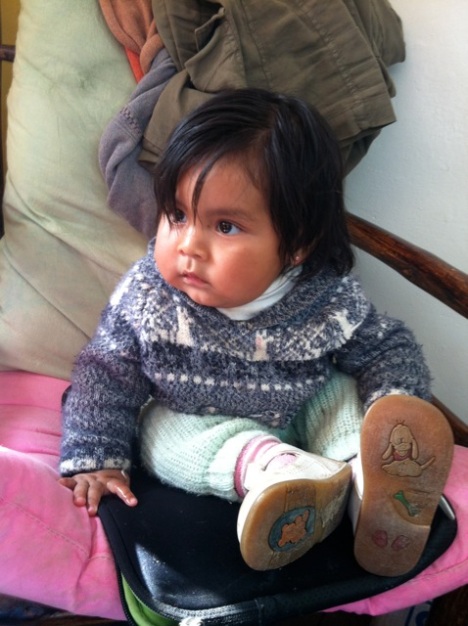 and Alex and Jack nap at the office.